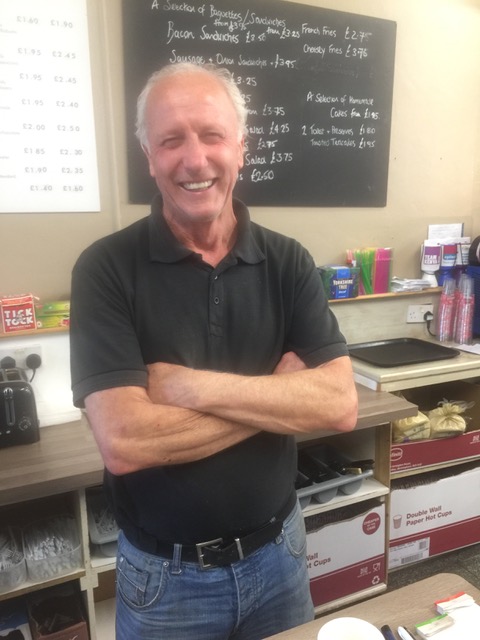 If you were one of the estimated 100,000 who attended the Albion’s Victory Parade last Sunday, you may be interested to know of our own very local connection.

Former Albion star Andy Rollings has been the proprietor of the Chalet Cafe in Preston Park since the mid-1980s. Andy was a centre back the last time Albion were promoted to the top tier of English football, back in 1979, playing under manager Alan Mullery and alongside such stars as Mark Lawrenson. The parallels are interesting because Albion had only just failed to get promoted the previous season and then sealed their triumph with a win at Newcastle. Andy was on the bus on the victory parade in 1979 – and then invited on to the stage last Sunday along with other Albion stars of the past.

Andy was amazed at the turn out on Sunday and the sea of blue and white. ‘Just like being back at the Goldstone’ he reflected.