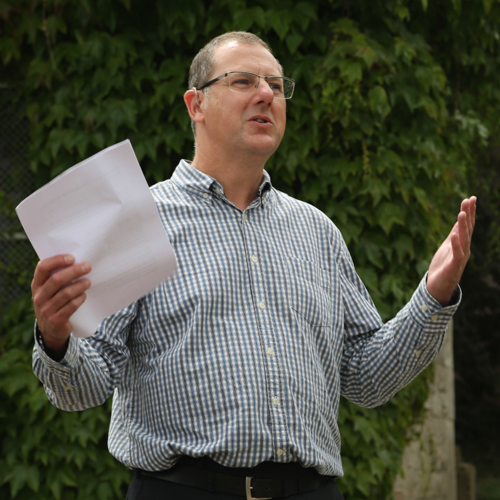 Last Wednesday saw the opening of the new pond area of the Rock Garden. Here is a transcript of Pete’s speech:

Welcome and thank you everyone for coming along today. It was only April last year when we gathered here before to re-open the new look gardens, so like me you may be feeling a slight sense of deja vous.

On that occasion we came together to celebrate all the changes and the hard work so many people had contributed to make the restoration of the rockery possible.

For a long year City Parks staff had worked so very hard with the Friends of Preston Park, Community Pay-back, local school children and a host of volunteer groups from across the city.

Biodiversity was also increased with the addition of the chalk grass bank and native wildflowers – which we can see today is clearly attracting and benefitting wildlife.

So I would first of all like to acknowledge that hard work and achievement once again.

As you know to our dismay we discovered that the pond had a leak which had to be repaired. Work to deal with this was then planned for early this year and to be completed while wildlife were less active. The pond hadn’t been drained for 30 years and when we got to the bottom of it, the job turned out to be bigger and more complex than expected. The weather, as ever, played it’s part too.

To give some idea of what has been entailed, I understand 150 tonnes of silt and 50 tonnes of rocks debris has been removed. We also had to remove around 1500 fish which were looked after by specialists. And great care was also taken to safeguard amphibians which were able to continue living in the cascade pools.

But it has been a challenging time with inaccurate and exaggerated press reports causing great distress our staff, all of whom care very greatly about our local wildlife. So I would like to express my great thanks to the many contractors, who have been absolutely superb, and the Friends of Preston Park in particular for their support throughout this difficult time. Your support has been so very important to us.

I’m glad to say the pond is now relined with fiberglass sealing the many cracks that were found. Fish are back in and breeding already. And we have also built some marginal areas around the pond to increase the variety of habitat.

As I say, it is 30 years since the last restoration of the pond, and I am sure all the work on the entire rockery will stand in good stead for the future enjoyment of this amazing place, hopefully for at least the next 30 years and maybe beyond.

City Parks could not have achieved this alone nor wanted to. This is a community achievement, and I offer thanks to everyone who has taken part. Your effort has been tremendous. Thank you.