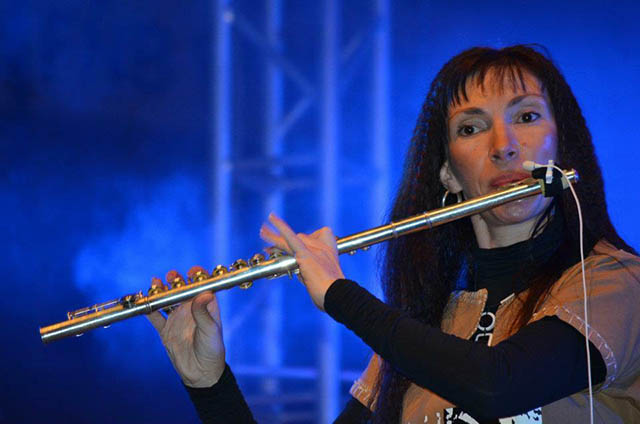 Polina and friends, on flute and strings, will be performing for us at the Preston Village Open Day on 22nd June in the walled garden of Preston Manor. Do come along to hear them play and to sample the many other attractions for the day.

Polina Loubnina is a flute player originally from Siberia, who has performed in numerous theatre productions in Saint Petersburg, lectured music in Namibia, where she lived for 20 years, and recorded a number of tracks for various artists in diverse genres of music -African, traditional, classic and contemporary experimental. She is mostly known for her lead in the world music scene through internationally acclaimed band Elemotho (see Elemotho.youtube), headlining at WOMAD in the UK in 2013. She now lives in Brighton where she continues to work on a wide variety of projects. She also teaches flute.