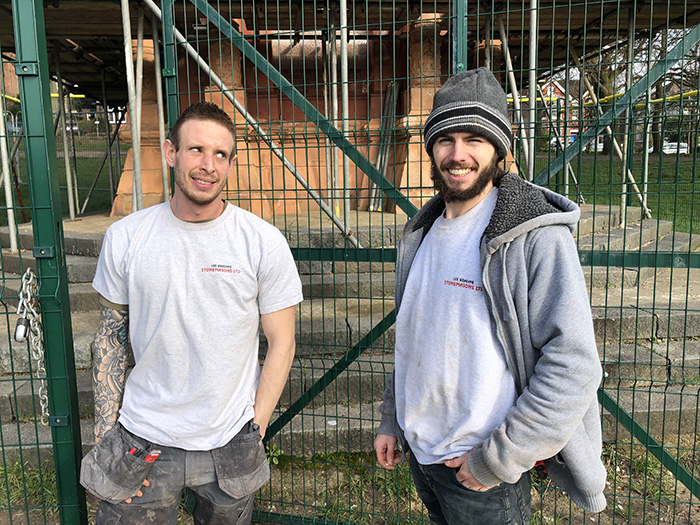 You may have seen these guys from Lea Bealing Stonemasons working on re-pointing the Clock Tower. Work is progressing well and they reckon there is about six weeks work to do, allowing for good weather (?!!).

The clock mechanism is also due to be repaired soon.

The tower was designed by Francis May, who said that he wanted it finished in terracotta because he felt that a more standard white marble tower, set in green fields and surrounded by trees, would look too much like a funeral monument. The tower was paid for by Edward White (whose initials EW adorn the tower), and work was completed in 1892.

It will be good to see the tower restored to its former glory.