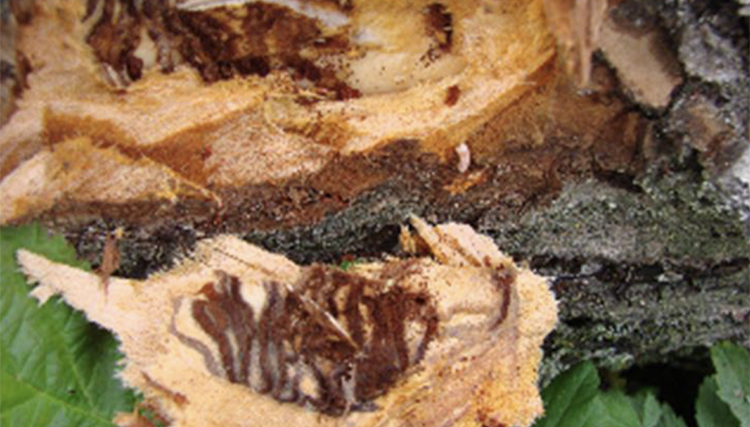 We have received this message from Peter Bourne (Volunteer Curator for the National Elm Collection in Brighton and Hove, UK):

Brighton and Hove City Council is putting out an urgent message for help this year with Dutch elm disease. This year, infections started early with the mild temperatures experienced in May. With temperatures exceeding 20C, the Elm Bark Beetle population has emerged with active feeding and breeding on local elms.

The beetle itself is the reason why Dutch elm disease (DED) is spread. Unfortunately, they often come into the city via transportation and too often through logs bought for wood stoves. The main concern at the moment is to eradicate the dying elms from our city’s streets and open areas like parks, housing estates and cemeteries.

The elm population, like that at Preston Park, consists of some the British Isles’ largest and tallest Champion Trees (as pointed out by the Tree Register) along with some of the most endangered cultivars left in the world. The Arboricultural Team of Brighton and Hove City Council are requesting anyone who wants to help with Dutch Elm Disease spotting to do so by sending any of their findings to myself, Peter Bourne (National Elm Collection Volunteer Curator), who will verify the findings and pass them onto the city council for attention. Anyone with a knowledge of Dutch Elm Disease or who simply wants to help can do so.

We have issued a DED Spotter’s Guide to people wanting to help but who have limited knowledge – it’s a simple, visual guide which will make spotting DED much easier.

Thank you for reading this plea for assistance.